Once upon a midnight cloudy and misty

(This one's pretty hardcore, so please bear with me. Test on Friday.)

We've already established that when faced with writing a scene for which no historical record was available, Lenore Hart cribbed straight from what Cothburn O'Neal had made up. But what about when the events she describes are documented?

Same thing. She mostly ignored the historical source and trusted O'Neal to have done his research properly.

Take the Poes' 1844 trip by train and steamboat from Philadephia to New York, via Amboy, New Jersey. Poe himself wrote about the journey in great, almost absurd, detail in a letter to Maria Clemm, who was his aunt and also his mother-in-law. This explains why, for instance, both O'Neal and Hart mention the 62-cent price of a certain umbrella. And this is the crux of Hart's defence: it's inevitable that she and O'Neal would both say the same things because both were working from the same historical sources. That's obvious.

Let's look more a bit closely at how the two novelists chose to say those same things, because in many cases it was not the way Poe phrased it at all, and in some instances Hart filled in holes in Poe's account by choosing, oh-so-coincidentally, exactly the same words that O'Neal used in the bits he'd been forced to make up.

You can download a side-by-side comparison of the three writers' versions of this whole scene here. If you see something highlighted in red, alarm bells should ring, because it indicates words used by Hart that match O'Neal's version of the journey but not Poe's account of it.

If you don't have the time or inclination to download the document - I did warn you that this was pretty hardcore - then you can take my word for it: it's a veritable sea of red.

In one detail - what time it was when the train departed - we find that Hart completely misunderstood what O'Neal was trying to say and as a result screwed the time up, even though Poe had been quite specific about the hour. Hart says it was "seven fifteen". O'Neal doesn't state the exact time, instead saying that the train left "an hour" after their arrival at the station "a little after six". In that case, seven fifteen sounds about right, doesn't it? Yes, it does - or it would if Poe hadn't clearly said that the train left at seven o'clock, not seven fifteen.

Then there's the weather in Philadelphia the day the Poes left. Hart says it was "a cloudy, misty morning". O'Neal had it as "a cloudy, misty day". So both must have got that detail straight from Poe's letter, right? No, wrong. Poe doesn't mention the weather at all until the end of the journey, by which time it was raining.

The source she used was only "historical" inasmuch as it was a novel written fifty-five years before hers. 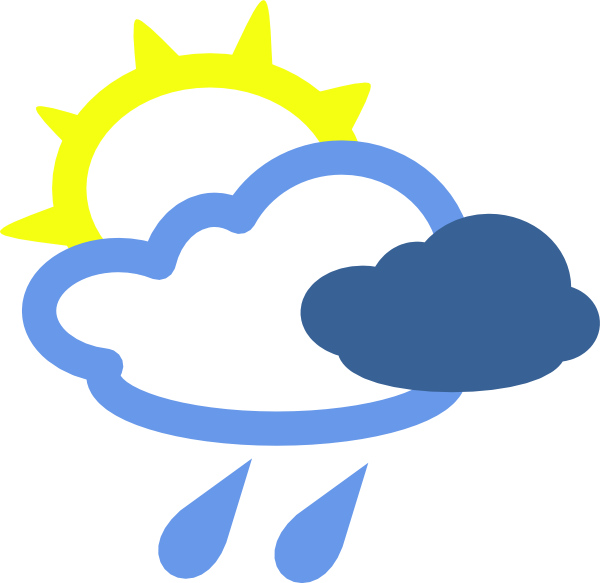 But getting back to that rain on their arrival in New York, once again we find Hart misconstruing O'Neal's version of events rather than drawing from Poe's original account. O'Neal just refers to "rain". Hart glosses this as "persistent drizzle", but if she'd actually used the historical source that she claims that she relied on and not just plagiarised another writer's novelisation of it, she'd have seen that the needle was in fact at the other end of the raininess scale. It wasn't drizzling at all but tipping down by the time they got to New York - "raining hard" were Poe's exact words.

There are several other tell-tale details we could mention (the definite article in "at the Walnut Street wharf" which is used by O'Neal but not by Poe, or both Hart and O'Neal saying "boarded a steamer" when Poe had phrased it as "took a steamboat" - dull but dead-giveaway stuff like that), but I'll leave it there and let anyone interested see for themselves in the line-by-line breakdown of the three versions of the scene linked to above.

The conclusion couldn't be clearer. Even when the events she describes are documented, Lenore Hart's "same historical sources" defence is hogwash. Time and time again she couldn't be bothered to turn to the relevant document as her primary source, relying instead on Cothburn O'Neal's interpretation of it.

After all, that 170-year-old prose is full of stupid ampersands and, like, weirdo capitalization and abbreviations; who needs to actually plough through all that turgid stuff when some dead schmuck from Texas has already done the donkey work for you?

Oops indeed, and then some. Thanks for the post, Archie. Is this officially the moment when the Lenore Hart Saga morphed "from tragedy into farce?" As I said before, I'd have real sympathy for the mixture of blind panic and rank stupidity she showed, if only she had behaved decently about it all.

Thanks to you, Undine. It was your pointing out that Poe had mentioned the price of the umbrella in a letter that sent me off down this particular avenue.

On the unitasking feature of Hart's plagiarism, well, Jeremy found that she had dipped into May's novel as well. Her almost exclusive devotion to Cothburn O'Neal can perhaps be explained by his being the only other novelist to have written about her protagonist.

What is amusing me at the moment is the "Chinese whispers" element to it all. The historical source - in this case Poe's letter - says one thing quite clearly, O'Neal glosses it ambiguously and Hart then paraphrases O'Neal to arrive somewhere that's got little or no relation to the original. I'm sure that explains how heavy rain morphed into drizzle and a station clock managed to leap forward a quarter of an hour. She can't have done it on purpose. If not, why not change the prices of the umbrella and boarding-house too? If O'Neal had been precise, she was precise too. But if he was woolly, rather than going back to the source she just guessed. Wrong.

Another thing that struck me is that despite Hart's efforts throughout the book to keep her narrator's (Sissy's) voice as "in-period" as possible without it becoming tedious for the reader - her repeated use of "segars" springs to mind - she missed a couple of nice tricks in that scene. "I coughed none at all" would have sounded much more 1840s than "I didn't cough once", and Poe's "day & night & assistance" would have been so much more convincing than "room and board". But no. She stuck to her trusty O'Neal.

I hope the Norman Mailer Center considers all of this excellent work you've done in their assessment of Hart.

What exactly does she teach at Wilkes: how to research and write historical novels?!

Young-adult fiction seems to be what she teaches. The Raven's Bride is only her second historical novel. She claims to have spent two and half years doing "much research" for it. Still, I suppose if you count scanning and digitising O'Neal's novel as research, then yes, it would have been quite time-consuming.

Pity she wasn't available to tutor Johann Hari when he went off to "journalism school." Those two would get on like Rogers and Astaire.

Undine: I don't know about plagiarizing one book, but romance writer Janet Dailey was busted for plagiarizing extensively and repeatedly from one writer (Nora Roberts.) The theft was first noticed by a fan. Dailey copped to it, blaming depression or somesuch. Her books were pulled from the shelves, which is, of course, the correct response.

Kelly, I hadn't heard of that case. That makes SMP's intransigence all the stranger. Dailey, as I recall, was a quite popular writer in her genre--someone who'd be a more "valuable property" to protect. But her books were still pulled.

I agree that Poyer must be the key to all this, which just makes me wonder--who is the guy, really? Even if his books sell, can that alone give him that much power? Power that someone like Janet Dailey lacked?

Thing is, Undine, Janet Dailey was a tainted brand by the time she was dropped. Poyer isn't in the slightest. His power is the certainty his publisher has, after 30 books selling well, is that his next will make a profit. That's all that matters to them.

Unlike Dailey and Hart, Poyer has done absolutely nothing wrong. He just happens to have had the misfortune to marry a plagiarist, and, as her partner (in both senses), he'll quite understandably want to see her be humiliated as little as possible.

Poyer or his agent - a big player (he also represents David Mamet, George Pelecanos...) needn't even have made any overt threats to look for another publisher. St. Martin's must know that if they sever their ties with the no-sales wife, they'll probably lose the big-sales husband too. So if they can avoid pissing him off, they will.

Meanwhile, however, their reputation slides steadily downwards, and surely there must come a point when they simply have to take a deep breath and cut her loose, whatever the consequences for their continuing relationship with one of their top authors.

Yes, all good points. Probably I've just watched too many old Perry Mason episodes, but I still can't shake the feeling that there's some key detail to this story that has yet to emerge...