Come On. Dive In!

If you say those four words to anyone who was a kid in the UK in the Eighties, the chances are you’ll only have to wait a nanosecond before they'll come right back at you with “Ha! Chambourcy Hippopotamousse!”

A wealth of information is available online about many other products and ads from the era — the old commercial for Um Bongo even gets a spiffy website all its own — but Hippopotamousse is one that slipped through the Net.

Apart from the occasional passing mention on the odd telly-nostalgia forum, the only reference is a brief note that the advert was screened at some animation-awards show way back when. No Wikipedia entries, no pics, no frantic bidding on eBay for mint-condition four-packs, no nuffin’.

Even YouTube draws a blank for a standalone video — all I could find is this commercial break recorded in 1988, where it starts at 1:40. (Warning: It's a shockingly blurry VHS transfer, I’m afraid, but it should be just about enough to jog your memory.) 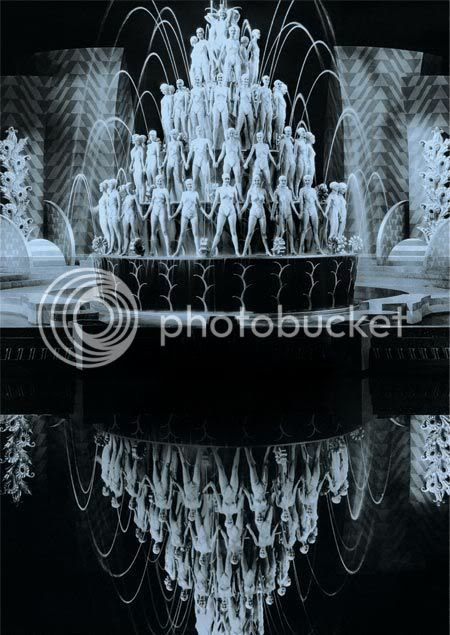 The idea of a Busby Berkeley schtick starring hippos in flouncy swimsuits, the script and that four-word strap line were the work of a notoriously flaky copywriter at Nestlé’s ad agency, who apparently not only left advertising but also fled the country not long after this commercial was aired, whereupon his name seems to have been redacted from all the records.

The visuals (skilfully tiptoeing around the idea's all-too-obvious plagiari. . . er, I mean loving tribute to the hippo ballerinas in Fantasia) 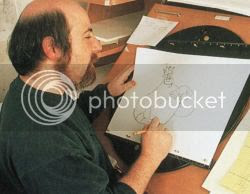 were painstakingly crafted by the now-legendary American animator Eric Goldberg. He must have really needed the work back then, though, because the budget he was given was, quite frankly, a disgrace.

Still, his self-sacrifice seems to have paid off. A couple of years after adding Hippopotamousse to his showreel he was snapped up by Disney and went back to the States to animate the Robin 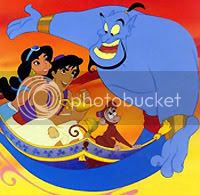 Williams–voiced Genie character in Aladdin, co-direct Pocahontas and turn in the two most critically acclaimed sequences in Fantasia 2000. He then nipped over to Warners for every animator's ultimate dream gig, getting to bring Bugs Bunny, Daffy Duck, Wile E. Coyote and Tweety Pie back to life for Looney Tunes: Back in Action.

He's now back at the House of Mouse acting as an “all-purpose animation guru” and supervising the animation on Disney’s return to old-school hand-drawn features, The Princess and The Frog, which is due for release this summer.

The music for the Hippopotamousse commercial

was old-school as well — composed and arranged by Tony and Gaynor Sadler and played by a small chamber group at Metropolitan Studios (then still in Soho). Ah, and that hang-on-don't-tell-me voice-over? Yes, it was indeed Don Warrington, still best known as Leonard Rossiter's foil in Rising Damp.

A follow-up commercial continuing the Thirties-musical theme was made a year later — with our hero begoggled and leather-helmeted, piloting a bi-plane, while female hippo wing-walkers did some appropriately hefty hoofing — but the sequel, being a sequel, lacked the warmth and uncluttered charm of the original somehow.

As for the mousse itself, it was known in the trade as “Notalottamousse” (think three spoonfuls of sweet pink air and you've dived in, basically) and it disappeared quietly from the shelves after only a few years.

But for some reason the TV ad that launched it seared an indelible mark on the memories of a lot of the then-kids who saw it. So when’s the digitally remastered THX/Dolby 5.1 Surround Blu-Ray boxset coming out, then, eh? Eh?
Posted by Archie_V at 13:41 No comments: