Lenore Hart and her publisher, St Martin’s Press, claim that any "similarities" between her novel The Raven’s Bride and Cothburn O’Neal’s The Very Young Mrs. Poe can be put down to both writers having drawn on the "same limited historical record".

Fine. In that case, given that in their respective novels O’Neal and Hart describe in practically identical terms how their protagonist, Virginia "Sissy" Poe née Clemm, once sat alone by the fire and thought about her relationship with her husband, likening it to the alternately broadening and narrowing course of a river and its alternately calm and turbulent waters,* one of these two statements must necessarily be true:

(A) Virginia, unbeknownst to Poe scholars the world over, left a secret diary to which the two novelists have enjoyed privileged access. Both included the same fireside river-simile scene in their novels because it is a documented historical event. They know what she was thinking because she wrote it in this diary.

(B) Lenore Hart is a brazen plagiarist. Her publisher and the institutions where she teaches are — by their continued inaction — tacitly condoning her deceit, her lies and her intellectual theft.

So, St Martin’s Press, the Norman Mailer Center/Writers Colony and Wilkes University, which is it? A or B?

It’s your call. And your reputation. (Hers, as you must surely know by now, is a lost cause.)

Update - 20 December 2011
The Norman Mailer Center announced today - i.e. within 48 hours of this mess being drawn to their attention - that they have asked Lenore Hart to take leave of absence from their next workshop, where she had been scheduled to teach. St Martin's Press, meanwhile, seven months on, continue with their la-la-la-can't-hear-you strategy. This isn't going to end well.
____
* See the latest inventory of plagiarised passages found (No. 25).
Posted by Archie_V at 13:08 11 comments: 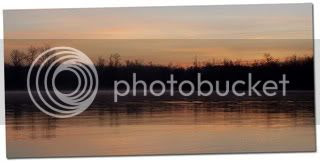 St. Martin’s Press, the publishers of The Raven’s Bride by Lenore Hart, have this week defended her blatant plagiarism of words and entire scenes from Cothburn O’Neal’s 1956 novel The Very Young Mrs. Poe by claiming that coincidences are inevitable when both writers have carried out similar “research into historical and biographical sources”.

Yet while most of the thirty-two examples of her plagiarism identified to date not only lack any historical sources whatsoever, at least one of them is a screaming historical impossibility.

O’Neal describes the Poes' arrival at their honeymoon destination like this:

The train crossed the Appomattox after sunset but pulled into the Petersburg depot before dark. Their host, Mr. Hiram Haines, publisher of the Petersburg American Constellation,was waiting with his wife. He was a cheerful, balding man


And here is Hart’s version of the same event:

We crossed the Appomattox after sunset and rolled into the Petersburg depot before full dark. As we descended from the car Eddy spotted our host, Hiram Haines, the cheerful, balding publisher of the American Constellation


The words “crossed the Appomattox after sunset” are, to say the least, problematic. And not only because the only two instances of those exact words in that exact order to appear in the entire fifteen-million-volume corpus of Google Books are — ta-dah — in Cothburn O’Neal and Lenore Hart’s respective novels about Edgar Allan Poe’s child bride. No, that's the least of it. The real problem is that back in the 1830s the train from Richmond to Petersburg didn’t cross the Appomattox at all, after sunset or at any other time of day. The line ended on the north bank of the river and travellers had to finish their journey into the town on the other side by stagecoach.[1]

But wait. It gets worse. Much worse. It turns out that the historical Poes couldn't have travelled by historical train to the historical Petersburg or anywhere near it from Richmond. How do we know this, historically? Because that line wasn’t opened until 1838, two years after they made their honeymoon trip, that's how.[2]

In short, the whole scene is a historical nonsense. And although Cothburn O’Neal, writing from deep in the heart of pre-Internet and even pre-fax Texas, can perhaps be forgiven for making such a mistake in his research, Lenore Hart certainly can’t be forgiven for replicating it, almost word for word, fifty-five years later. I’m not sure which is the more astonishing: the shamelessness of her plagiarism or her abject laziness. Confirming the non-existence of that train took me under five minutes.[3]

So what does Lenore Hart herself have to say about this? In a now-deleted (but much-screengrabbed) Facebook exchange on 21 November with the novelist Jeremy Duns, the person who's done the most to unmask her,[4] she claimed that


To go 'into the Petersburg Depot' was HISTORICALLY the only way to travel by train to that destination from Richmond at that time. But I can't say this now, because another author (writing earlier about the same characters and same events, their documented honeymoon trip to Petersburg) also did so? Even if it was the only way the Poes could have gotten there, period, at that time. Hmm. I see.

That's not merely self-serving obfuscation in the face of damning evidence of plagiarism; as we now see, it's a desperate, tell-tale lie. Hart's claim that the Poes' honeymoon is documented is only true inasmuch as they seem to have spent it as guests of Hiram Haines in Petersburg. That's it. The honeymoon trip, as described in the two virtually identical passages quoted above, is barely documented at all. Nobody knows for sure how they got there (the now-clearly-mistaken claim that it was by train originated in the 1920s, from a source whose credibility on other matters has also been called into doubt), who might have met them on arrival or where that meeting, if any, took place. For those details a novelist would have to resort to conjecture and informed guesses. And that's what Cothburn O'Neal did — but unfortunately for him, and even more unfortunately for Lenore Hart, he screwed it up royally.

Lenore Hart cribbed O'Neal's invented scene, presumably unaware that by doing so she was compounding a historical howler. Although, to be honest, I doubt that she cared all that much about whether it was historically accurate or not, confident as I'm sure she was that nobody was ever going to pick up on her raven-like picking of a dead man’s bones.

1. It would be another twenty-five years until the line was prolonged to the other side of the Appomattox. The “Petersburg depot” that both authors mention had indeed been operational for three years in 1836, but it served only the lines fanning out southwards from the town. There was no rail service from there to Richmond or anywhere else north of the river until the 1860s.

3. To be precise, it took me as long as it took me to type "Richmond-Petersburg railroad" into the Wikipedia search field. I mean, come on.

4. Although Jeremy Duns has acted brilliantly as the dogged Plagefinder General in this and other recent high-profile cases, the bulk of the groundwork for the exposing of Lenore Hart was done by the Poe blogger Undine, back in March. (See also comments below.)
Posted by Archie_V at 00:50 10 comments: