Just turn round, will you? I want to read your shirt

At some point during this World Cup I want to sit bolt upright and go "Who the fuck is that?" I want to cross my fingers hoping a player will turn round in close-up so I can see how his name - which I'd never heard in my life before until the commentator just garbled it - is written on the back of his shirt.

All I ask is to be pleasantly surprised by a player at the World Cup. Is that really such a tall order?

Only three players have managed to squeeze an "ooh" out of me so far, spurring a frisson of excitement every time they got the ball. One of them was Leo Messi, arguably the only player since Maradona who surprises you if he doesn't get you to go "ooh". The other two - with names that would make a cracking pair of competing soap powders, as it happens - were Özil and Elia, playing for Germany and Holland, respectively.

They both impressed me, yes, but did they surprise me? Not really, no. I'd had a good idea of what to expect for several months during all the pre-tournament build-up. (I hardly devour the sports press, but they were hard to miss: both had been touted - along with four hundred and eighty-seven others - as candidates to fill the slot at Barcelona that Thierry Henry is expected to vacate this summer.)

I note with dismay that, apart from the Spanish players who I watch every week (sorry, Jesús Navas, but you've been a known entity for years), only Cristiano Ronaldo plus a supporting cast of ten and Dunga’s notoriously ooh-lite Brazil remain ready to set their wares out on the table for our delectation. It looks increasingly as though - unless the Dear Leader in Pyongyang has something up his cowpat-brown sleeve - my dream of being surprised by a player at this World Cup will be unrealised.

Thanks, YouTube. Thanks a fat lot.
Posted by Archie_V at 12:23 No comments: 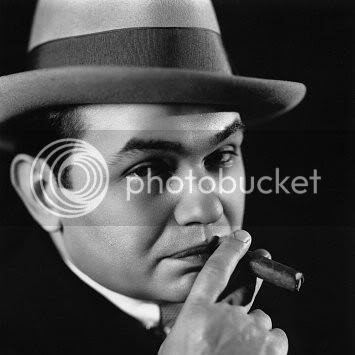 Having watched the first three matches of the World Cup, I've got a "little man inside", like Edward G. Robinson's in Double Indemnity, and he's starting to whisper that there's something here that doesn't square.

It's not the schedule-shredding kick-off times – "No, dear, I'm afraid I can't do the weekly shop; aren't you aware that dark horses Greece are up against ever-unpredictable South Korea?" It's not the aural migraine of the "atmosphere-enhancing" vuvuzelas. It's not even the flying FIFA logo that announces, with all the elegance of an Allied Carpets advert, the eighth ultra-slomo replay of a ball trundling disconsolately into touch three minutes into the first half. No, it's none of that.

It's the football. It's not very good, is it? In the second half of last night's lifeblood-vacuuming France-Uruguay match I placed my hand over my heart and asked myself a question. Is this really any better than watching Coventry City versus Everton (or, more likely in my case, its equivalent: Mallorca versus Racing Santander)? Unless I could say "Yessiree, Bob!" faster than Thierry Henry falls over clutching a random body part, shouldn’t I be doing something more satisfying, if not productive, with my time?

But I stuck with it to the miserable nil-nilly end. Of course I did.

I'm convinced that we have an image of the World Cup that's not unlike our image of our body shape: burned at some point in the increasingly distant past into non-editable ROM in our brains. For me - someone who'd be pushed to describe himself as even a late-summer chicken - that image consists of a bunch of Thornton's-fudge-coloured men wearing bleedy yellow and blue on an even bleedier Subbuteo-green pitch, strolling rings (running was a development that would only come much later) around an abject shower of lumbering Europeans. What exotic planet did these marvellous creatures come from? What was this strange magic that they wove? Did you see that free kick? It actually curved in the air! Did you see that move? Five passes and the ball never left the ground!

Of course Pele is the greatest player of all time. How could he not be? We only ever saw him play for three weeks every four years. We had to imagine all the rest while we were watching Sunderland in the mud.

Now, the world's half-decent players are so familiar to us we're sick of the sight of most of them. We're terminally over-Tevezed and all Drogba’d out. And, let's face it, not even los supercracks – those inhabitants of football's Mount Olympus who are usually referred to by TV pundits as "the likes of yer Messis and Ronaldos" - are, while playing with a group of semi-strangers, likely to come up with anything that we don't see them doing for their European clubs twice a week.

That's what Edward G's little man inside has been saying, anyway. But he's not alone in there. He has to compete with that little lad and his gaudy, bleedy blues, greens and yellows, like a watercolour in the rain. And that's why, hope against hope, I'll be there for Algeria-Slovenia tomorrow, on the off chance it might unveil, to a world enraptured, a 21st-century equivalent of Rivellino's banana kick.
Posted by Archie_V at 12:20 5 comments: