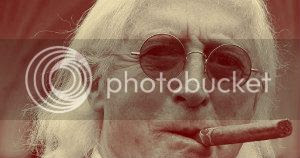 In post-war, pre-Krays England, Jacob Comacho AKA Jack Comer — better known as “Jack Spot” — was the self-styled “Boss of the Underworld”.
There are all sorts of stories about Jack Spot — most of them told by himself and lapped up by tabloid hacks slavering for salacious copy. With each retelling of his tales, Spot would embellish, embroider and embarrass himself further. Today it’s next to impossible to separate the facts from the self-aggrandising fiction.
What is beyond dispute, though, is that Jack Spot in his pomp was a particularly vicious street thug. He had a special pocket sewn into his jacket for faster access to the tool of his trade, his straight razor. “Always cut down, never across” was his advice to wannabe vicious street thugs, because an inadvertently severed jugular would get you a murder rap, and, let’s face it, who wants that?
Between 1943 and the end of rationing ten years later, Jack Spot commuted regularly between the Whitechapel streets of his birth and his favoured out-of-town location: Chapeltown in Leeds.
He first staked his claim to the North’s “Sin City” (Jimmy Savile dixit) thanks to Jack “Milky” Marks, who ran a gambling dive there. The club was being shaken down by a cumbersome gang of persistent Poles. Milky had heard on the grapevine of an up-and-coming Jewish troubleshooter down in London who specialised in resolving such inconveniences, so he hired Jack Spot’s services. Spot duly arrived. The Poles duly departed.
The word was passed around the shadier circles of Leeds’s large Jewish community: if you’re getting any grief of an anti-Semitic bent, here’s the man to call.

Within a very short time all the city’s rackets were under Spot’s control. He had a piece of pretty much everything that was illegal, illicit or just ill-regarded by society. His main strategic business areas were granting and removing bookies’ pitches at racecourses and dog tracks, protecting clubs and backstreet spielers, and — most lucrative of all — the black market.
In an interview for The Independent last week, Paul McCartney recalled how in the early Sixties the Beatles would often give Jimmy Savile a lift across the moors in their van.

He told us all these stories about his wartime exploits — how he had been buying chewing gum and nylons and all that, and selling them. He had all sorts of stuff going on.

Leeds, 1943. Jimmy Savile was a seventeen-year-old spiv.
But we don’t have to rely on McCartney’s word alone to draw that conclusion. Savile himself admitted as much, and more, in his 1974 autobiography, As It Happens:

I was everyone’s mascot, pet, runner, holder of mysterious parcels and secrets. […] I was the confidant of murderers, whores, black-marketeers, crooks of every trade and often the innocent victims they preyed on.

Since all the “crooks of every trade” in Leeds at that time either worked directly for or operated under the beneficent umbrella of Jack Spot, is it fanciful to wonder whether he and Jimmy Savile might have been acquainted? We don’t know and perhaps we never will. But crooks seldom, if ever, are crooked in a vacuum. They all have a mentor, a father figure, a passer of the baton, a teacher of tricks and a teller of secrets. So who was Jimmy Savile’s?
Even if Savile didn’t know Spot personally, he would certainly have known of him. And judging by Savile’s off-camera boasts to Louis Theroux about his “zero-tolerance” policy towards troublemakers at his clubs — or “slags” as he called them — it looks very much as though the most likely candidate for Jimmy Savile’s rôle model would have been Jack Spot. Right down to the fat cigars.
Posted by Archie_V at 12:25

While all the decent men were out getting shot to pieces in foreign fields to allegedly liberate, these immigrants were making big money in this country. Interesting to note that Mussolini was the first Italian leader to actually get to grips with and disband the mob, the first thing the allies did was re-introduce them to "aid" the war effort. The paedogangsta cartel running the west has had us duped for years.