Uncle Jim Cobley and all 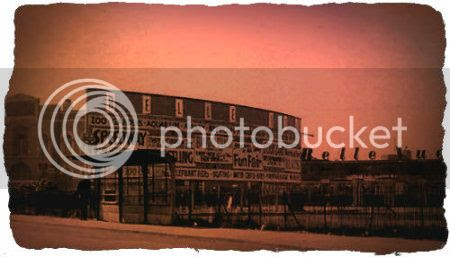 A flamboyant big-chinned DISK JOCKEY, whose hairstyle is a peroxide reimagining of Laurence Olivier as Richard III, is at the microphone:

DISK JOCKEY
(chomping on huge cigar)
Now then, now then. Here's a nice slow
number for all yow loovleh guys 'n' gals
to get up close and let the romance flow.
It's ... smooch time!
(yodels)

A hard-faced YOUNG WOMAN with hard-lacquered big hair that's exactly the same colour as the Disk Jockey's. She's standing on the edge of the dancefloor, tugging at the jacket sleeve of her sour-faced, floppy-quiffed BOYFRIEND.

CUT TO OH FUCK IT

Pfft.  No. Just no. Facile junk. Beyond belief. Bin it.

Except it actually happened, as it 'appens, more or less as scripted. According to extracts from Myra Hindley’s diary quoted in Emlyn Williams’s Beyond Belief, she and Ian Brady were indeed regular punters at the New Elizabethan Ballroom at the now-demolished Belle Vue pleasure grounds, in Manchester’s Gorton district. 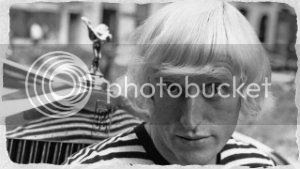 She daydreamed about the two of them being billed as featured dancers there one day, and we know that they attended at least one of the many "Carnival Nights" hosted by the venue's resident DJ at the time, Jimmy Savile. Myra Hindley was a Gorton girl, living at her grandmother's house on Bannock Street. Savile’s big red fuck-off Rolls Royce was a local landmark, regularly parked on ostentatious display right outside the entrance.

Savile sequenced two "smooch times" in his DJ sessions (still called "record dances" in those pre-disco days): one before and one after the live group that he reluctantly put on as a sap to the Musicians' Union. The second smooch time would segue into an hour of rock 'n' roll, followed by a Ray Conniff-driven proto-chillout to end the evening and clear the room with as few altercations as possible.

On Boxing Day, 1964, Brady and Hindley made an audio recording as they bound, gagged and photographed Lesley Ann Downey before they killed her. The tape ends with a snippet of the song "The Little Drummer Boy". It was the version by Ray Conniff.

Flash-forward fifteen years. Janie Jones, the tabloids' favourite sex-party hostess with the mostest, answers a summons to appear before Jimmy Savile soon after her release from prison. His grounds for demanding the encounter? To read her the riot act for having the temerity to campaign for Myra Hindley's release. Not for the reason why most people would have objected to the idea of freeing Hindley — you know, her having helped kidnap, torture, rape and murder other people's children and bury them on Saddleworth Moor, all that stuff — but because, as Janie Jones explained, "he said it was disgraceful that I was siding with Hindley against Brady." Ian Brady was Jimmy Savile's pal.

Where and when Savile first met Brady, whether at HMP Parkhurst or at Broadmoor Hospital, is unclear.1 Savile was famously — now infamously — associated with hospitals and care homes, but not with prisons, yet he definitely pitched up at Parkhurst at least once. That may well be where he met Ronnie Kray for the first time as well.2 And it's definitely where he first met Peter Sutcliffe, the Yorkshire Ripper, before going on to deepen their friendship at Broadmoor. Savile would "drop in" for some old-school Pennine bonding with Sutcliffe in his cell. Yorkshire-born and Yorkshire-bred, strong in t' arm and a ball-pein hammer in t' yed.

All this is almost certainly a coincidence of little or no consequence, of course. Just because Jimmy Savile seems to have gone out of his way to break bread with two of the most notorious serial killers in British history doesn't necessarily mean he dug where they were coming from. Indeed, as a good Catholic lad and Knight Commander of the Order of St Gregory the Great, he may have just felt sorry for them. But if the Savile story that's still being teased out were a James Ellroy or David Peace novel, the critics would slate it for collapsing under the weight of all its laboured links and heavy-handed happenstance.

It's like Sick Degrees of Kevin Bacon out there.3 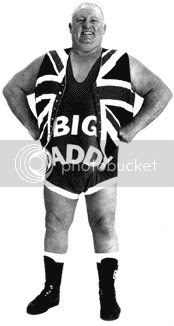 Some of the coincidences are weapons-grade credibility testers, like Brady and Hindley falling in love to the strains of the latest Stateside pops blasting out from Jimmy Savile's "Power Sound Disc Deck" (oh, yes); or like Shirley "Big Daddy" Crabtree joining a crew of Hungarian émigrés to fine-tune his forearm-smash skills on the door at Savile's first string of dancehalls. Some of the coincidences are macabre, like those Ray Conniff fadeouts. But most are just messy and confusing, like Savile leaving home on Belle Vue Road in Leeds to work at Belle Vue in Manchester; or like the surname of the 15-year-old suicide being the same as that of a certain litigiously non-licentious peer; or like Peter Sutcliffe committing one of his murders just opposite Jimmy Savile's penthouse in Leeds, and another in Savile Park in Halifax.

Moors Murderers, Yorkshire Rippers, Kray twins, Ray Conniff Singers, Budapest muscle, Kensington madames — all are grist to the subsatanic Savilean mill. As to who'll be the next implausible but somehow inevitable name to be tacked onto the dramatis personae of this megametanarrative, it's anybody's guess. But my money's on Lord Lucan emerging, stiff-legged and blinking, from the secret cellar of Jimmy Savile's picturesque Glencoe hideaway.

___________________________
1.     To assume that Savile and Brady's interaction in the Sixties might have gone beyond just breathing the same fagsmoke fug one unfateful evening at Belle Vue would surely be a stretch too far even for this farfetched melodrama. But you never know.

2. Or maybe not for the first time. And there’s a whole new rabbit hole for us to tumble down right there.

3. No offence, Kevin — although it might be rash to discount an appearance by Francis Bacon in some future chapter.

(Thanks to Dan Waddell for the Twitter-riffing session that spurred this.)

But you might consider amending the reference to "a certain alleged-pervo peer", considering it is irrelevant to the story, not a flattering reference, and we all know to whom you are referring.

If I was the lawyer of the blameless gentleman himself, I certainly would consider adding this interesting post to my 'little list' :-)

Andrew, what do you think that hyphen was there for! There can be nothing libellous now in simply reporting who was accused of whatbe. Every newspaper has been doing it every day since he decided to sue most of the United Kingdom. (I'm also outside the jurisdiction of English law, so I can afford to be a little more lax about such things.)

As to relevance, the North Wales case indirectly alluded to was itself a direct spinoff of the Savile revelations. And I really did do a double take when when I saw the adopted surname of the teenage girl who'd killed herself and left a diary in which she claimed that Savile (and others, as yet unnamed) had abused her.

I used it as one of several examples of the many striking echoes and coincidences between apparently unrelated facets of the case.

Feel free to visit me at:

(I'm also outside the jurisdiction of English law, so I can afford to be a little more lax about such things.)